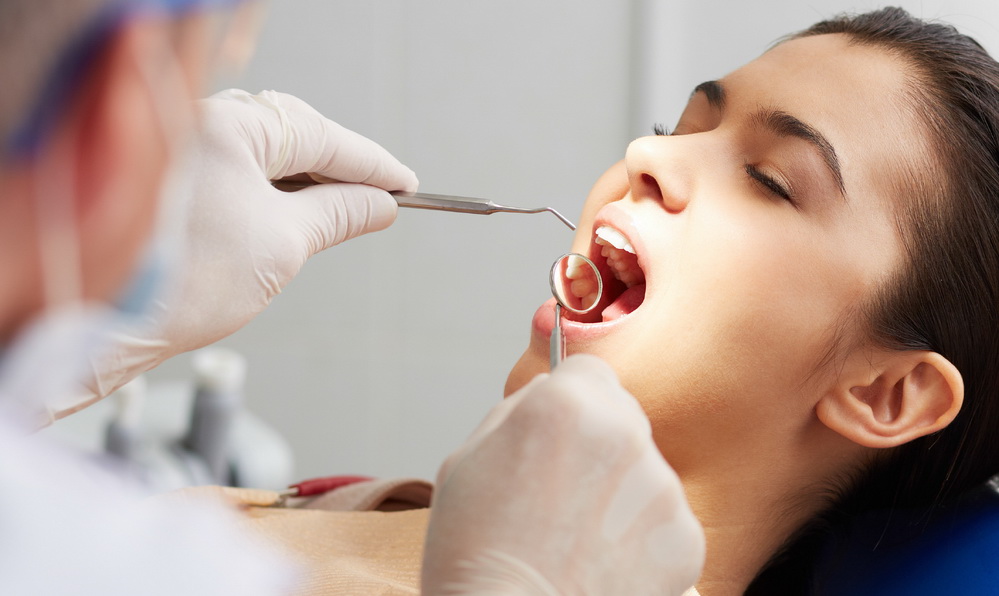 It is a developing concept whereby people from world over visit India for their medical and relaxation needs. Most common treatments are heart surgery, knee transplant, cosmetic surgery and dental care. The reason India is a favourable destination is because of it's infrastructure and technology in which is in par with those in USA, UK and Europe. India has some of the best hospitals, clinics and treatment centers in the world with the best facilities. Since it is also one of the most favourable tourist destinations in the world, Medication combines with tourism has come into effect, from which the concept of Medical Tourism is derived.

As health care costs skyrocket, patients in the developed world are looking overseas for medical treatment. India is capitalizing on its low costs and highly trained doctors to appeal to these "medical tourists." Even with airfare, the cost of going to India for surgery can be markedly cheaper, and the quality of services is often better than that found in the United States and UK. Indeed, many patients are pleased at the prospect of combining their tummy tucks with a trip to the Taj Mahal. - Yale Global.

Many countries have developed links for speedy treatments in India for their nationals on account of the fact that in these countries one has to wait for extended periods of time to undergo operations.

In India, medical treatment is not only fast but also costs a fraction of what it costs in USA or Europe. Even tele-consultancy is available for expert opinion and transmission facilities. Some of the states have already established themselves as destinations for health care and medical tourism. The growing need is for high level specialised treatments like Dentistry, transplantation of vital organs, cancer treatment, neuro-surgery, cardiac surgery and many more.

Medical or Health treatment package tourism has become a recurrent form of vacationing, and covers a broad range of medical services. It mingles free time, amusing and recreation together with wellness and healthcare packages.

The thought of the health holiday is to offer you and chance to get away from your daily habitual and come into a dissimilar calming neighboring. Here you can take pleasure in being close to the beach and the mountains. At the same time you are able to accept a compass reading that will assist you advance your life in terms of your health and general well being. It is like reconstruction and cleans up process on all levels - physical, psychological and expressive.

Many people from the urbanized world come to India for the upgrading promised by yoga and Ayurvedic massage, but few consider it a target for hip substitute or brain surgical procedure. However, a nice blend of top-class medical expertise at attractive prices is helping a rising number of Indian corporate hospitals attract foreign patients, including from developed nations such as the UK and the US.

As more and more patients from Europe, the US and other well heeled nations with high Medicare package costs look for effectual options; India is rutted against Thailand, Singapore and some other Asian countries, which have good hospitals, salubrious climate and visitor destinations. While Thailand and Singapore with their advanced medical amenities and built-in medical tourism options have been drawing foreign patients of the order of a couple of lakhs per annum, the quickly growing Indian corporate hospital sector has been able to get a little thousands for cure. But, things are going to change radically in favor of India, particularly in view of the high eminence expertise of medical professionals, backed by the fast improving tools and nursing amenities, and above all, the cost-effectiveness of the pack up.

The medical treatment tourism India has depicted a massive growth in infrastructure in the private and voluntary sector. The private sector, which was very unpretentious in the early stages, has now become an affluent industry prepared with the most modern state-of-the-art technology at its disposal. It is expected that 75-80 percent of healthcare services and investments in India are now provided by the private sector. In addition to that India has one of the largest pharmaceutical industries in the world.

It is self-sufficient and self- reliant in drug production and exports drugs to more than 180 countries. Using the latest technical apparatus and the services of highly expert medical personnel, these hospitals are in a position to provide a spectrum of general as well as specialist’s services. These services are offered at awfully cutthroat prices; cheering patients not only from developing countries but even from a number of developed ones to come to India for medical treatment packages.

As far as the cost of medical treatment packages are concerned, India offer the most competitive treatment package price to the world with its up- to- the- minute medical devices. The prices of different pathological tests range from Rs.50 to 3000. And that depends upon the nature of the test.

Now, the specialty hospitals are using Nuclear medicines for treatment. Here radioactive isotopes are injected or administered orally and that is again scanned by sophisticated Gamma camera. So for high quality treatment at lowest possible cost one must select India as his medical treatment destination.

Please find below a small cost comparison of dental treatment procedures between USA and India. There is a huge difference between the pricing (about 7/8 times when we speak of Top-end dentists).

Chennai, one of the four major metropolitan cities of India, is the capital of the southeastern state of Tamilnadu-the exotic state famous for its cutworks in the temples, coconut fringes, and silk saris. The city of Chennai was earlier known as Madras. The city of Chennai was once a village of the fishing community. In 1639, the British took over the place and made it the capital of the British presidency. It used to be the center of conflict for the supremacy of the British and the French.

Stretched out at the coastline of the country, it has number of sites for the tourists to visit. The Marina beach, where the blue waters of the Bay of Bengal mingle with the golden sands, or the forts and palaces, which remind one of the bygone eras, make Chennai a preferred destination of the tourists. This thirteen kilometers long marvelous Marina beach adds more beauty to the city.

While on tour to Chennai, visit the splendid building of state secretariat of the St. George Forte, where you can find a variety of British and French antiques and other commemorations. Chennai offers a lot of opportunities to the nature and animal lovers. Here you can visit the Guindy National Park and the Snake Park where one can have adventure with lots of fun. Other main attractions of the city are the Santhome Cathedral, Birla Planetarium, Elliot Beach, Valluvar Kottam, National Art and Government Museum, Anna Zoological Park, Kalakshetra and the Theosophical Society.

Chennai at a Glance

Chennai is situated by the 13th north parallel and 80° longitude, along the Coromandel Coast in the southern part of the Indian peninsula.

This seaside city appears even more sprawling than it is, because of its low skyline. The Cooum river, the Adyar river and the Buckingham canal flow through Chennai.

Chennai (formerly Madras) has the Bay of Bengal bordering its east, while the state of Andhra Pradesh is on its northwest. It has the famous district of Tamilnadu, Kanchipuram, on its south and the states of Kerala and Karnataka on its western side. Being situated at the tropical zone, Chennai normally has a very hot and humid climate.

The best time to visit Chennai city is the winter season from the months of November to February. Winter and summer temperature does not vary much as it rains frequently through the year.

There are several tourist attractions worth visiting in and around Chennai. Stretched over an area of 13 km, Marina Beach is the second longest beach in the world. The St. George Fort, built in 1653, is currently used as the state government's secretariat. Santhome Cathedral was built around 14th/15th century and is another colonial structure worth visiting. Dedicated to Lord Shiva, the Kapaleeshwar Temple is the oldest temple in Chennai. Another important temple in the city dedicated to Lord Krishna is Parthsarthy Temple. The National Art Gallery, initially known as Victoria Memorial Hall, houses a good collection of old paintings and sculptures. The Snake Park has a large collection of snakes and many other reptiles. The Theosophical Society is located in large and tranquil gardens with several shrines of different faiths and a Serene Garden of Remembrance. Nearby is the Kalakshetra, which was founded by Rukmini Devi Arundale for the revival of Indian classical arts and crafts traditions.

The temple was built in the 8th century by the Pallava kings of South India. It was renovated by the mighty Vijayanagar kings in the 16th century. The temple, situated in Triplicane, another beach in Chennai and one of the major harbours during Pallava time, is famed for the beauty of its gopuram (arched gateway) and its architecture. The entire locality is fashioned around the temple.

This temple was constructed in the 13th century and is a living example of the architectural skills of the Dravidians. Situated in the Malaypore area of Chennai, the temple is the nucleus of the local tank market and residential quarters around it. The main entrance facing east is painted in red, blue and yellow with Puranic legends sculpted on the sanctum sanctorum.

Built over the tomb of apostle St. Thomas, the Santhome Cathedral is an important pilgrimage centre. According to legends, St. Thomas arrived in India from Palestine in AD 52 and died after 26 year. The church was built after a millennium, probably by the Persian Christians, and his remains were moved inside. The church was refurbished in 1606 and made into a cathedral. Again, in 1806, it was rebuilt as a basilica. There is a museum in its premises with a 16th-century map of South Asia.

The most powerful symbol of the British Empire in its early days in India, Fort St. George was the first piece of real estate for British in India. For many, it is still unclear that why Sir Day (the founder) choose this place to build this important fort, leaving many other picturesque locations on the vast coastline of the Bay of Bengal. The fort has a grey granite exterior unlike the Mughal forts that has lavish ornamentation and luxury. It housed barracks for the British army, a parade ground, and the oldest church of Chennai-the St. Mary's Church.

The beach extends from Fort St. George all the way to Mahabalipuram. The beach looks spectacular at dusk when the setting sun casts iridescent glow and peddlers sell everything from ice creams to roasted peanuts to balloons. You can also read your future from the fortune tellers and palm readers who lure the visitors by various means. Don't try to show your swimming skills here as the sea can get quite rough here.

Built in 1906, the gallery is situated in a splendid Indo-Saracenic edifice. The building was initially known as Victoria Memorial Hall and was designed by Henry Irwin. The eminent historian Tillotson described it as one of "the proudest expressions of the Indo-Sarcenic movement". There is a good collection of old paintings and sculptures including Tanjore paintings on glass; Rajput and Mughal miniature paintings; Deccan paintings from 17th century; and handcrafts, metalware, and ivory carvings from 11th and 12th century.